Back to Game Changer Insights »

It’s hard to think of a more perfect illustration of the recent transformation in retail brand thinking than this revelation by Nic Vu, GM and SVP for Direct-to-Consumer North America, to BPI:

“Three years ago, if somebody came to our stores and tied up one of our sales associates for 60 minutes without buying, I might be concerned, to be honest,” he says. “Today, I'm hoping the consumer...
Full profile »

How is your team changing the game within your industry sector?

It's global change: our entire company worldwide, as well as the North American team. We specifically set out three major strategies, which include speed, cities, and open sourcing, and it really has changed the behavior and frankly the entire game in which we play. Before, we would create products and push them out and try to sell to customers, in the traditional model. But as we started to open source and invite our consumers to help us within our journey in a new innovative way, which has created a shift in the ecosystem that has been applied throughout the entire organization.

We're obviously very well known for Kanye West, and co-creating products with his fashion, style and expertise. By leveraging our globally recognized brand and expertise with his product and personal brand, we are going to market with a tailored product that leverages the best of both sides.  We strategically made a choice that we would co-create with our key partners to deliver the best products to their consumers, and we are now leveraging that open source strategy with a variety of different key partners.

We have opened up a product creation design house in Brooklyn called the Brooklyn Farm. We put our best designers there, and we are allowing customers – anybody who has a creative thought, anybody who wants to work with our brand – to walk in off the street and help us design products, give us new ideas; fresh thinking. We created an ecosystem internally with internal websites that allowed people to generate ideas, and their peers can vote it on their ideas. And that ultimately has driven thousands of ideas, including the very successful Avenue A initiative.

With Avenue A, I have to give credit to Mark King, my boss, who's the CEO of North America. He is well known as a major innovator in the golf industry, and he has subsequently initiated and built this relentless innovation culture for Adidas North America in the past three years. In year one, we were all raising awareness, educating people on the process around innovation. In year two, we started to cultivate this ecosystem of openness. And now that we're in year three, you're seeing the net results organizationally, both within the North American marketplace but also on a global organizational level. At the same time, we launched the Innovation Academy, wherein we created an environment in which people can learn, get an education; effectively get an MBA in innovation.

As the GM of Direct-to-Consumer for North America, I spend half of my time understanding consumer sentiment and listening to the ideas they have, and the other half of my time around merchandising and product.

What's unique about Adidas Group is that we were born in sport, and we're sporting goods athletic apparel and footwear company. We can basically be an athlete’s entire wardrobe, on-court and on-pitch, or as soon as they get off: we're there to support them through their own style and fashion as well. And we're a brand that wants to co-create.
2

What are some of the biggest impediments to innovation in your organization or industry sector?

People need to be educated and aware that they have the ability to contribute within their own organization, and to try new things. You can't create an ecosystem organizationally that shuts that down. You need to allow votes on people’s ideas by their peers, not by their supervisors – so, their confidantes, if you will. And employees need to know that it is safe to fail, and they need to fail fast and frequently. Unfortunately, I would say the majority of organizations still penalize mistakes, despite the knowledge that innovation requires an ability to fail.

Really, the impediment that I see within the industry is that, too often, people feel they have to have a 100% plan, ready-to-go, and that it has to be successful. Today, we have an innovation board within every single one of our brick-and-mortar stores and we invite not only our consumers to put ideas on there but we invite our own team members, our internal consumers, to give us ideas, and those ideas then are surfaced all the way up the "chain of command." Then, ultimately we create games that feature competition and collaborations, and then all of a sudden people feel like, "Wow. I'm a one-week-old employee internal to Adidas, and I submitted my idea and two months later, the top guy in the organization is reviewing my ideas! How cool is that?"
3

How has innovation become engrained in your organization's culture, and how is it being optimized?

What I would say is we have to create a incentivized change-management process to induce innovation. I think you can't introduce innovation as a top-down mandate or even execute it in that form. I  think you have to win hearts and minds within the organization, and you have to start by developing a budget or resources that are dedicated to it.

So our newsletter four or five years ago was driven by functional heads and it was kind of like this laborious mandate from the top – me, in this case – where every function gave and updated them, and we’d we post a static document and that would go out to the organization. We thought that was communication. Today, in contrast, the employees within each function, regardless of level, drive what content they want to express to the organization. And it's this living, breathing document that goes out every week now.
4

What technologies, business models, and trends will drive the biggest changes in your industry over the next two years?

Mobile technology will remain key – almost every consumer today has some level of smartphone in their hand, and the information that they can get via Google or other search engines is so quick and so fast that brands like us, Adidas Group, will need to make sure that we are there to help cultivate that experience for the consumer and answer those questions, or even anticipate those questions. So I would say mobile technology and all the apps that can be developed to connect the consumer's experience, is really the key in the future.

We already have virtual reality in our stores today, which help educate and create a great experience for our consumers. So when we opened up our world flagship on Fifth Avenue, we had virtual reality in there wherein NBA superstar James Harden in a VR space was giving them – the consumers – the experience of a lifetime, because it felt like you were actually speaking with James Harden.

Meanwhile, we’re leveraging technologies from 3D printing to AI, and I think the key is to make sure that our digital and social ecosystem remains connected for the end-user experience. We're starting to implement local market manufacturing wherein we can bring speed of product-to-market faster. And we're talking months and weeks, we're not talking years and months.

Can you share a specific innovation strategy you’ve recently encountered which you find compelling?

My personal favorites include Tesla and also Faraday Future, that just came out with an innovation where you can basically sit in the car, and it will self-drive, self-park, and you can talk on your social platforms. And ultimately what I learned from the car industry – in this case, electric car companies – is that they're chasing the very same thing we are: a connected experience for the consumer in which they can interact with your brand, any which way they like, and for us to be prepared to be able to interact with them any which way they like: digital communities, hubs, and apps.

Back to Game Changer Insights

Innovators in the News 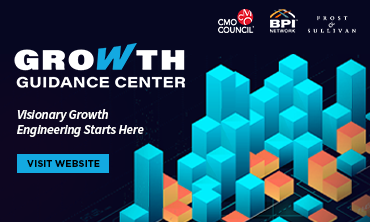