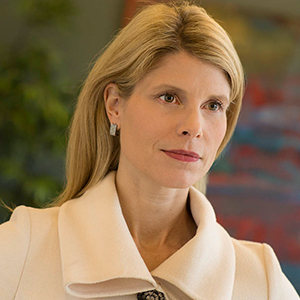 PricewaterhouseCoopers has mounted a purpose “lens” onto its famous financial services mission – a bright beacon “to build trust in society and to solve important problems.”

PwC's 19th Annual CEO Survey released in January 2016 shows that leading CEOs are increasingly leveraging the “why” question in their decision-making. They are implementing a guiding North Star and finding rich benefits in brand marketing, revenue, staff retention, and the cultural conditions for disruptive innovation.

The survey found 63% of U.S. CEOs are concerned about a lack of public trust in business – dramatically up from 37% in 2012.

Shannon Schuyler – Principal: Chief Purpose Officer, Corporate Responsibility Leader at PricewaterhouseCoopers and President of the PwC Charitable Foundation, Inc. – says trust in a company is most closely tied to its purpose, and that companies that successfully integrate inspiring purpose with their core business mission will likely see long and short-term benefits in this landscape.

She says: “To drive business performance, we must inspire trust. Many business leaders (now) believe that there are fundamental connections between purpose, trust, profitability, and prosperity.”

An upcoming PwC survey on purpose shows that employees who understand their purpose –how their own work and their companies’ services impact society – stay longer and perform better, particularly among millennials.

And purpose integration is already happening, according to the CEO Survey. Schuyler says: “We found that 76% of executives see corporate purpose as representing a competitive advantage.”

Meanwhile, 84% of global CEOs say they are now expected to address wider stakeholder needs and 24% of CEOs said their companies had changed in the past three years “to reflect broader stakeholder expectations.”

For PwC, Schuyler says “Purpose gives our mission a lens to look through. It’s not just about delivering on our mission and protecting capital markets at all costs, but also about elevating society.”

And, describing her personal experience, Schuyler has written: “Purpose is why I go to work every day with enthusiasm and commitment, and why I believe that where my firm has been and where we're going is a meaningful journey.”

Less than two years after PwC defined its purpose and its program to activate it, its influence has cascaded through the culture of the firm, and to its clients, according to Schuyler.

She says the firm’s 208,000 partners and staff have started to look at engagements differently. Audit partners are now leading engagements and asking clients, why are we doing this? What makes our audit different than somebody else’s audits? What will come of this, and what impacts have these processes had on the community?’

The firm has found purpose is more effective for people who are client-facing, and in helping people fit in without feeling like cogs.”

Schuyler says purpose-driven companies are seeing higher rates of intrapreneurship as inspired staff – who also stay longer – find themselves included in decisions about 'why', and are encouraged to innovate in a defined direction.

Meanwhile, she says a new, young generation of CEOs are understanding the value of inspiring people more than leaders in the past. “The more motivated and in the game your team is, the better you are going to do as an organization.”

Yet an upcoming survey on purpose survey reveals key differences in the perception of purpose between executives and employees. “The biggest issue we see is that there is a disconnect between where senior leadership is, and where your people are around purpose,” Schuyler says.

“It seems businesses would do well to bridge this gap, particularly in terms of the C-suite understanding the importance of inspiration,” Schuyler says.

There is a growing body of scholarly research that reflects what Schuyler’s team is finding, and leading, in practice.

In an article for Harvard Business Review, Mark Bonchek, the Founder & CEO of SHIFT Thinking, has stated that the purpose driver was increasingly critical for marketers and CEOs because “Customers are no longer just consumers; they’re co-creators. They aren’t just passive members of an audience; they are active members of a community. They want to be a part of something; to belong; to influence; to engage.”

And, writing for the same journal, Graham Kenny, Managing Director of Strategic Factors, noted that purpose not only emphasizes the importance of understanding customer needs, “but also (puts) managers and employees in customers’ shoes.” (HBR’s emphasis)

Meanwhile, the culture generated by a purpose driver is showing surprising parallels with the culture required for disruptive innovation, as defined by recent BPI surveys. The key components of that culture are:

Schuyler has written, "Purpose-driven organizations understand that the status quo equates to failure, not just a lack of progress. Creating cultures that celebrate and reward innovation, creativity, and risk-taking is essential.” She emphasizes that purpose must be integrated across the C-suite, human resources, and engagements with customers.

Some major decisions by CEOs illustrate how a purpose can directly benefit all stakeholders. Examples include:

Schuyler says companies are finding revenues and cost savings to be happy by-products of making tough, values-based decisions. When firms take a clear stand on issues they inspire stakeholders.

Schuyler has the unusual – and challenging – role of being both Chief Purpose Officer and the Corporate Responsibility Leader at PwC.

Her team’s role in the CR field has been so effective that, for instance, PwC is the first corporate site to appear on any browser search of “Corporate Responsibility.”

Schuyler notes that employees who regularly participate in CR activities also remain in their jobs longer than others, and show higher job performance.

But the impact of the purpose lens is evident in a change of CR focus, in which PwC is specifically seeking out and supporting young innovators and social entrepreneurs who are tackling problems that affect their entire communities – particularly in the fields of education and women’s empowerment.

The twin roles have given Schuyler a unique perspective on the two imperatives. She says purpose and CR are not at all synonymous, although CR can form part of purpose. For instance, staff want their jobs all day to be purposeful.

“They don’t just want to go plant trees or do a pro bono project or have a green team meeting once a year,” Schuyler says.  “They want meaning behind their role, from 8 to 5, every day. They know why volunteer works matters but they want to know why their core work matters.”

One immediate value from the North Star approach is in individual employee performance and staff retention. This is especially significant when considering the total cost for replacing professional staff in the financial services sector has been measured at around $100,000.

“The average time that a millennial stays in one job today is 18 months, and the ability just to keep them in a job a little longer is vitally important,” she says. “About 70% of the 208,000 people at PwC are millennials. We realize they don’t think the same as other generations.”

Schuyler said that – contrary to wide assumptions – her team found that college-age millennials "are not, in fact, out to change the world,” but are chiefly interested in getting a good job and a place to live. However, after those critical first 18 months in their jobs, a broader purpose beyond a paycheck becomes crucial.

“They start asking: ‘Really? - Is this it? Am I just a commodity? Isn’t my role more than just the transaction?’. Many leave because there is no one to help them answer that question, or no defined purpose for the organization they serve. Those who stay past three years tend to tell us they have found a connection between personal purpose, role purpose and organizational purpose.”

She says stories of service impact on clients and customers – how a staffer’s work contributed to new jobs, or the building of a crèche, or empowered product users – were highly effective in entrenching employees' personal sense of purpose.

Schuyler’s team found that, cross-generationally, "purpose resonates." Putting a millennial together with a boomer produces the best outcomes, for instance.

“Boomers understand why millennials want to be inspired to have a positive impact on society, and millennials appreciate the perspective of the boomer generation.”

C-Suite leaders tend to think about revenue growth, not about inspiring people. But if you want to focus on recruiting and retaining talent that has to change.

According to the 2015 Purpose Workforce Index, only 28% of the workforce is “basically wired” to understand what purpose is, and to be purposeful in their work. Companies want to hire from that 28% since those people will likely be more engaged and loyal.

“At PwC, we hire thousands of people a year in the U.S. alone, so we can’t look just at the people who are wired that way,” Schuyler says. “We want to find people who we can help along the purpose journey and understand the reason for a purpose.”

Schuyler says PwC’s purpose journey could represent a beacon for others. When she talks to purpose experts, they are impressed that “trust” is in the purpose statement because it’s often hard to take hold of trust.

“Trust takes years to build, and you can lose it in a single day,” she says “But we believe it is the key to the future.”

Shannon Shuyler is the Chief Purpose Officer for PwC. In this role, Shannon works with partners and staff across the firm to help people embrace Purpose, which focuses on how their skills and work can deliver value and results that build trust in society and solve important problems translating into greater impact for clients, stakeholders and each other. 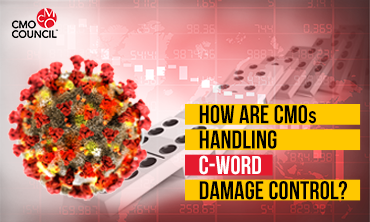